What Is A Chief Technology Officer? 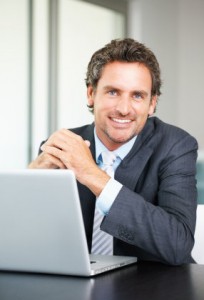 In surveying a list of the positions in a modern corporation, you may find yourself asking “What is a Chief Technology Officer?” The answer has much to do with the increasing role of technology over the past fifty years in most corporations and organizations. A Chief Technology Officer, simply put, is the person responsible for overseeing technological issues within a corporation or organization. The position is usually at the executive level and most often reports to the Chief Executive Officer (CEO). It is a role that demands both business know-how and a strong command of technologies and technological issues as they pertain to a particular company.

The Chief Technology Officer position has its origin in the research and development laboratories established by large corporations in the 1950’s and 60’s, according to Princeton University. The idea was to create independent sites where top scientists could pursue their research, unimpeded by the cares and concerns of day-to-day business operations. The director of the laboratory would typically be a vice president of the company, but not involved in corporate strategy and operations. His or her focus was on attracting top scientific talent, supervising research, and publishing results. But as technology became a more integral part of companies’ operations, the need grew for a technology officer who had both the scientific background and the business skills to translate scientific and technological discoveries into corporate strategy. Large companies began to create Chief Technology Officer positions in the late 1980’s, and the growth of this role was accelerated with the advance of information technology (computer and Internet) companies in the 1990’s.

Relation to Other Positions

In addition to the Chief Technology Officer, many companies also have a Chief Information Officer (CIO), whose responsibility is to solve organizational challenges through the use of various information technologies. The difference between the two positions is that the CIO’s role is an internal one, with a focus on developing and using technologies to help run the company. The CTO, on the other hand, has an external focus, charged with integrating new technologies into products being sold to consumers or clients.

Another related position is the Chief Science Officer, who is most often found in research-oriented companies. The CTO is more common in companies focused on product development. The CSO is usually a scientist by training, with an advanced degree, whereas the CTO is more likely to have an engineering and business background.

The responsibilities of the Chief Technology Officer will vary depending on a company’s corporate structure and its particular products and services. In some cases the CTO’s role is to monitor and assess new technologies. This can be crucial from a business perspective, as companies need up-to-date information on technological advances relevant to their products. This role is important both for traditional manufacturing companies and for newer information services companies. Chief Technology Officers are also important as strategic innovators, helping to identify new technologies and encouraging their application. Chief Technology Officers are usually responsible for being knowledgeable about regulatory and intellectual property issues, and these responsibilities can translate into important relationships with government, media, and academia. The CTO is often a company’s ambassador in these important settings.

The role of the Chief Technology Officer has become increasingly prominent in the last two decades as technology has become integral to the structure and functioning of most corporations. Nonetheless, there is no standard job description.