What Jobs are in Information Technology? 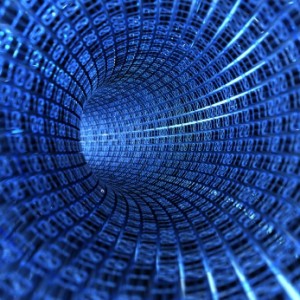 If you’re interested in computers, but not in software development, you may want to know about the jobs in information technology. The IT industry has shrunk quite a bit over the last 15 years as traditional support jobs have become unnecessary. With the advent of help desk and customer relationship management software, traditional IT jobs are becoming all but obsolete.

Where IT Jobs Have Gone

Most people know how to install Windows and anti-virus software on their computers, and traditional IT support jobs are mostly offered on a freelance basis or outsourced to an external team. These technicians perform jobs such as PC diagnostics, data recovery, virus removal and other operating system maintenance for computer users who either don’t know how to do these jobs themselves or don’t have the time. For example, a business might not have time to install software on hundreds of computers, and it can outsource this work to an external IT team.

Some companies have IT staff on their payrolls, but these workers don’t do the same tech support jobs that IT staff did in the 1980s and 1990s. Today’s IT industry is driven mostly by the Internet, and most full-time IT staff work on the company website and handle customer support issues, such as live chats with potential customers or those who need help. For example, a technology company such as Cisco or Comcast employs a full-time support staff to handle technical issues such as malfunctioning routers or switches. Large companies such as AT&T, Verizon, Sprint and Samsung hire employees to update the company website with content and do other jobs such as ensure PCI DSS compliance, according to PCI Security Standards.

These jobs don’t require a computer science degree, and it’s possible that a company will hire applicants with only an associate’s degree or the relevant experience for simple jobs such as customer support or website maintenance. Some colleges offer a four-year information technology degree, but these programs are uncommon and usually expensive because they take place within a for-profit online college. Job prospects with a four-year IT degree will be limited, and many of the jobs available with this degree will also be available without a degree.

The Future of IT

There will be an especially high demand for this skill set in the healthcare industry as it explodes in growth over the next 10 years. IT managers will have an increasingly important role in business in the coming years, but there won’t be as much of a demand for IT team members. The management position designs IT solutions for a company but doesn’t necessarily manage a team of employees.

Just about everyone has a computer these days, and many people have two or three. Companies don’t usually need to provide tech support for their employees, but the IT industry hasn’t completely gone away. With a management or computer-related degree, you can still get a high-paying job in information technology.