The 10 Most Interesting CEO Biographies 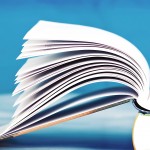 For anyone interested in learning how to run a business, reading how others have succeeded is well worth the time. Even more interesting is reading about how these same people failed or hit tough times and then came back from those times to achieve even more.

The following ten biographies are about some of the most successful people in business ever. Their lives, and the lessons they can teach, make reading these books a good investment of time.

The one that started them all, this book is a fascinating account of Iacocca’s life in the automotive industry. He changed the industry once by creating the Mustang for Ford. He soared through the ranks of that company only to be ousted in a power play that would have stopped most in their tracks. Instead, he moved on to Chrysler where he saved that company from near bankruptcy. A wonderful example of moving on and not giving up in the face of incredible odds. Written by Lee Iacocca.

Say what you will about the man, Jobs changed the computer industry forever. Apple is a company that has successfully combined crazy ideas with the ingenious engineering to put them into the market place. At a time when everyone was buying another system, Jobs marketed to kids and convinced them that his brand was cool. It worked, and now those kids are buying nothing but Apple products. Worth a read just to understand how the most outlandish ideas (who would want a tablet when everyone has a laptop?) can become endemic. Written by Walter Isaacson.

3. Sam Walton: Made in America

Although Walmart has received some less than glowing press in recent years, the fact remains that Sam Walton managed to turn a single store into the world’s largest retailer. What makes this story so compelling is that Walton admits that he had very few original ideas. Instead, he would travel from store to store across the country and incorporate their good ideas into his stores. A wonderful example of how a combination of ideas just might change the face of an industry. Written by Sam Walton with John Huey.

The story of how David Neeleman built JetBlue is worth a read for those who believe they cannot take on the giants of an industry. Neeleman looked at the airline industry and decided to listen to what the customers really wanted and needed. By fulfilling those needs and by becoming almost obsessive about customer satisfaction, he was able to take on the major airlines at their own game and win. At the same time, he took his employees satisfaction as seriously as his customers, resulting in loyalty and commitment to his brand. The end result is that many of his competitors have now launched similar alternatives to traditional flights. Written by James Wynbrandt.

5. Grinding It Out: The Making of McDonald’s

It is a common misconception that Ray Kroc invented McDonald’s. He did not. What he did was know a winner when he saw one. He bought the business from the McDonald brothers and proceeded to turn a small, California restaurant into one of the most recognized brands in the world. He understood that once his ideas were place, he did not need to re-invent the wheel. All of the restaurants look the same and prepare food in the same way. The best part? Kroc was in his fifties when he started the business. An inspiring read for those who believe their best business years may be behind them. Written by Ray Kroc with Robert Anderson.

Richard Branson has done it all. From airlines, to cola, to music, there is hardly an industry he has left untouched. And, in many of those industries, he has emerged as the leader of the pack. What makes this book so interesting is the fact that Branson, unlike many of the other CEOs discussed, does not live to work. He believes that family, friends and adventure as are important as going to the office every day. A valuable lesson for those starting out that it is important to step back and look at what really matters, at least from time to time. Written by Richard Branson.

Although a bit dated now, this is still a book worth reading. In it, Donald Trump talks about how he makes the real estate deals that changed the faces of both Manhattan and Atlantic City. Although many will never be in a position to make billion dollar deals, the steps he outlines, the philosophy he espouses, and his willingness to take risks and walk away if necessary are directly applicable to any business owner. By Donald Trump with Tony Schwartz.

The first, and some would say the greatest, American female entrepreneur has much to say about how to run a business. Starting her cosmetics business in 1963 when women were barely taken seriously, let alone regarded as having any business savvy, she created a model that has inspired millions of women and helped them become financially independent. Her thoughts on how to treat employees, customers and even the competition should be read by anyone who wants to create a good reputation in today’s marketplace. Written by Mary Kay Ash.

After taking Starbucks from a small, Seattle coffee shop to a global brand, Howard Schultz stepped down as CEO. A few years later, however, distressed at what he saw happening in the company, he stepped back in to fix his company. This book is a wonderful account of how Schultz brought his company back to its roots, empowered its employees, and became the leader in the coffee field — again. This book is a must read for anyone who manages people or who cares about what the company’s brand connotes. Written by Howard Schultz.

Women, indeed people, don’t come gutsier than this. Forced to take over as CEO of The Washington Post after her husband’s suicide, Graham’s story is one of personal triumph and success. She took huge risks (it was, after all, her paper that toppled a President) and she saved the paper from more than one threat to its existence. This book discusses at length the choices she made, most notably refusing to give up her core values even when things were bleak. Written by Robin Gerber.

Each of these books brings a unique perspective to running a business. Taken together, they provide some wonderful insight into and thoughts about running a business. An opportunity to learn from the best and, perhaps, to not make the same mistakes.