What is Information Technology? 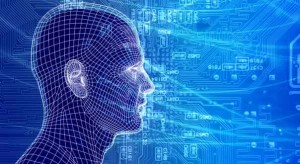 A lot of talk is made of information technology, but many people aren’t sure what it is. The IT field is the industry responsible for computer usage, maintenance and troubleshooting in businesses and other organizations, and it has changed a lot over the last 20 or 30 years.

In the 1980s and 1990s, businesses had IT departments to take care of jobs like installing software on computers and helping employees of other departments use equipment that most people still didn’t have at home, such as portable computers and cell phones, according to Business Insider. IT technicians installed networking equipment and anti-virus software on servers and other PCs on the network, and they set up RAID arrays and backed up disk drives onto floppy disks, zip disks and CDs. When an employee or manager didn’t know how to use a program or piece of equipment, he or she consulted the IT department. For example, some software in the ’80s and early ’90s had to be executed in a secure environment, so a computer such as an Apple II or IBM PC had to be booted from a special disk to run the program.

This era was the period in computer science when developers were mostly concerned with creating software that would simply run on a standalone PC. In the late ’90s and throughout the 2000s, computer science became more concerned with the Internet and wireless networking. IT technicians were needed more than ever to help businesses and their employees stay safe on the Internet. Businesses needed to protect their proprietary data from hacking, and IT employees worked with cyber security teams to keep anti-virus software up to date on all PCs on the network. These networks used Windows Server most of the time, but sometimes they used Red Hat Linux, which had less risk of a virus but still left businesses open to hacking.

The Modern Role of IT

During this time, PC hardware became much cheaper and more powerful, and people had fewer problems performing tasks such as operating system installations and anti-virus updates for themselves. IT people weren’t needed to help an organization’s employees use company laptops or cell phones, and by the late 2000s, most businesses no longer had dedicated IT departments. Some large corporations still have IT teams to update their websites, which can be quite huge. Companies such as Sprint, AT&T and Comcast need IT people to update website content and chat online with customers to solve problems and sell new service. These positions don’t require a college degree, but a two-year degree in Web design or information technology can help secure employment.

According to the Bureau of Labor Statistics, the most important IT job in the current economy is the IT project leader, who typically has a management information systems or computer science degree. The responsibilities of an IT manager are similar to the job of IT technicians in the ’90s, but an IT project leader is usually the only employee in charge of a business’s computer and technology strategy. He or she makes all the decisions about computers, software, smartphones, VoIP and other technology used by the company.

Computers are the most important technology in modern business, and in general, people have much better computer skills than they did in the ’80s. The role of Web developer has largely replaced information technology in the present day, but there are still jobs available for information systems managers and customer support agents.