What is C++ Programming Language? 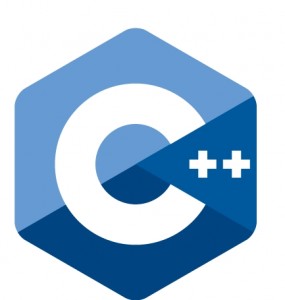 The C++ programming language is actually a vast collection of commands that are used to control computers, which are sometimes called C++ code. The command syntax uses certain keywords as the basic building block of the language.

C++ was originally designed Bjarne Stroustrup at AT&T Bell Laboratories as a way to overcome the limitations of available programming languages, such as C and Simula. C++ was created to deliver flexibility, efficiency and structural organization. Specifically, the embedded abstraction mechanisms were designed to take on the most difficult and demanding programming tasks. C++ supports data abstraction, generic programming and object-oriented programming. In fact, support for generic programming has always been a continuous design goal because it is an integral part of data abstraction.
Because C++ is a general-purpose language that was designed with programmers in mind, so it is very use-friendly and easy to use.

C++ is popular because it is highly cross-functional. It is used to create operating systems, device drivers and network protocols. It is used to develop applications for databases, spreadsheets and word processing. Because it is a general purpose language, it is suitable for developing any type of software. This is possible through over 10 unique implementation systems and hundreds of libraries, textbooks and technical journals. Because C++ allows programmers to quickly create programs under urgent time and space limitations, C++ is ideal for direct hardware manipulations under real-time constraints. In such code, predictability of performance is at least as important as raw speed. The reliability of C++ has resulted in it being favored by trading, banking, insurance, military and telecommunications organizations.

C++ is a highly portable language, which means programmers may write programs regardless of hardware and operating system limitations. As a result, programmers can develop an initial program that is systematically translated to different platforms. Any program that was developed in the original C language can easily be moved into C++ without any major modifications. Because C++ offers flexibility, programmers are able to create powerful constructs and introduce new conceptual objects and abstract applications. As a result, C++ allows programmers to directly control and manipulate hardware resources to produce high functioning programs. C++ comes with a few disadvantages, such as numerous security flaws and poor web development functionality.

The C++ programming language is one of the most widely used, versatile languages that all beginner programmers should learn.