What Does A Web Developer Do? 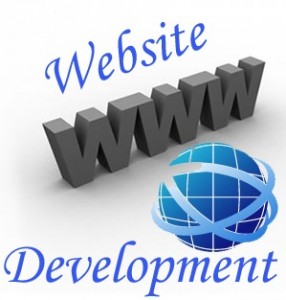 Everyone from computer science students to business owners can rightly ask the question, “What does a web developer do?” The simple answer to that question is that web developers are responsible for creating websites that meet client expectations, in terms of functionality and scope, while delivering an intuitive, easy-to-navigate experience for website visitors. Of course, the reality is more complicated than that.

A web developer is something of a programming specialist who is primarily concerned with writing code to achieve a particular set of functional demands for websites. In order to do this, they need to be conversant with a several programming languages. The most common programming languages include HTML, PHP, Ruby, Python, Java and Javascript. Web developers must also be capable of working with cascading style sheets, or CSS, to control how websites look and feel. As websites are increasingly reliant of databases to function, a well-rounded developer will also understand the essentials of managing SQL and MYSQL databases.

As a rule, web developers build sites from the ground up, rather than working from existing platforms, such as WordPress. As they write the code, they may find it necessary to write small applications or create forms to collect visitor email addresses. In cases where products are sold on the website, it’s the developer’s job to make sure that any third-party shopping cart and the website work together seamlessly. The developer must also ensure that the website functions and maintains a uniform look across all the major web browsers. While essential standards tend to hold across browsers, there can be quirks in how a given browser displays a website. The developer needs to debug the code until these quirks are eliminated.

While hard skills, such as coding, play an important role in the web developer’s job, they also need to have a firm grasp on soft skills. According to the Bureau of Labor Statistics, the developer must meet with the client and discuss the essential features, functions and intended end-users of the website, before a single line of code is written. A developer who can’t draw out a client’s exact meaning through conversation will likely be forced to revise the website repeatedly. In addition, developers must often work with a team that can include writers or artists with limited understanding of the technical elements of web development. Effective web developers can, in essence, boil down what they are doing or what they need to a level that non-experts can understand.

While it is sometimes reported that graphic or visual design is a job requirement of being a web develop, that is only partially accurate. Web developers need to be able to deploy graphics, video or audio content on the website. Only some developers, often freelancers, provide graphic and visual design services. A grounding in the principles of design is often helpful for developers when working with a team, but it is not a hard and fast requirement.

Web developers occupy a peculiar, but growing niche in the field of programming. While they often have the skills to, for example, write an application for desktop computers, they opt to employ their skills purely for the web. The answer to the question, “What does a developer do,” is the creation of websites using a range of programming languages, but also the deployment of soft skills to deliver a client the website they envision.