How Much Does a Director of IT Make? 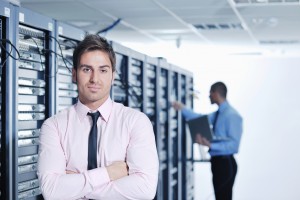 As with every other career choice one may make, the salary earned by a Director of Informational Technology (IT) may vary based on a number of factors. Therefore, the answer to the question ”How Much Does a Director of IT Make?” may not be as easy to answer as it may seem. Factors that may cause salaries to vary include the education level of the director, the size of the company, years of experience, location and the industry.

How Much Does a Director of IT Make?

What Exactly Does a Director of IT Do?

According to Buzzle, an IT director is a person who looks after the IT department and related issues at the higher management level in an organization. They are the ones who looks after the planning, organizing, controlling, and management of all the IT employees, operations as well as quality, and all the issues and projects pertaining to information technology. They are actually the highest authority in the IT department, who is responsible for the overall planning and development of the domain. Starting salary was listed as $65,000 but a manager with 20 plus years’ experience could expect to earn $150,000.

What are the Future Prospects for a Director of IT?

In a report on Boston, five of the 30 fastest growing jobs in 2016 will be information technology related. The number one listed job with a reported increase of 53.4 percent is network systems and data communications analyst. The others listed at various rankings on the list are computer software and systems engineers, database administrators, computer systems analysts and computer applications software engineers. All of these new members of the information technology departments will have directors who report to upper management.

According to the Bureau of Labor Statistics, employment of computer and information systems managers is projected to grow 15 percent from 2012 to 2022, faster than the average for all occupations. Demand for computer and information systems managers will increase as firms continue to expand their use of wireless and mobile networks. A rapid increase in demand for computer software will also increase the need for employees at all levels of management.

In conclusion, to answer the question, “How Much Does a Director of IT Make?” it would be safe to say that an IT Director can expect to make a anywhere from $27,000 to $200,000 and that his or her services will be in demand well into the future.