10 White Collar Criminals Who Almost Got Away With It

Their stories are the classic rags to riches type. They can be unbelievable, sad, and humorous, but one thing they all have in common is that they all eventually got caught for their near perfect crimes. The following is the story of ten white collar criminals who almost got away with it. 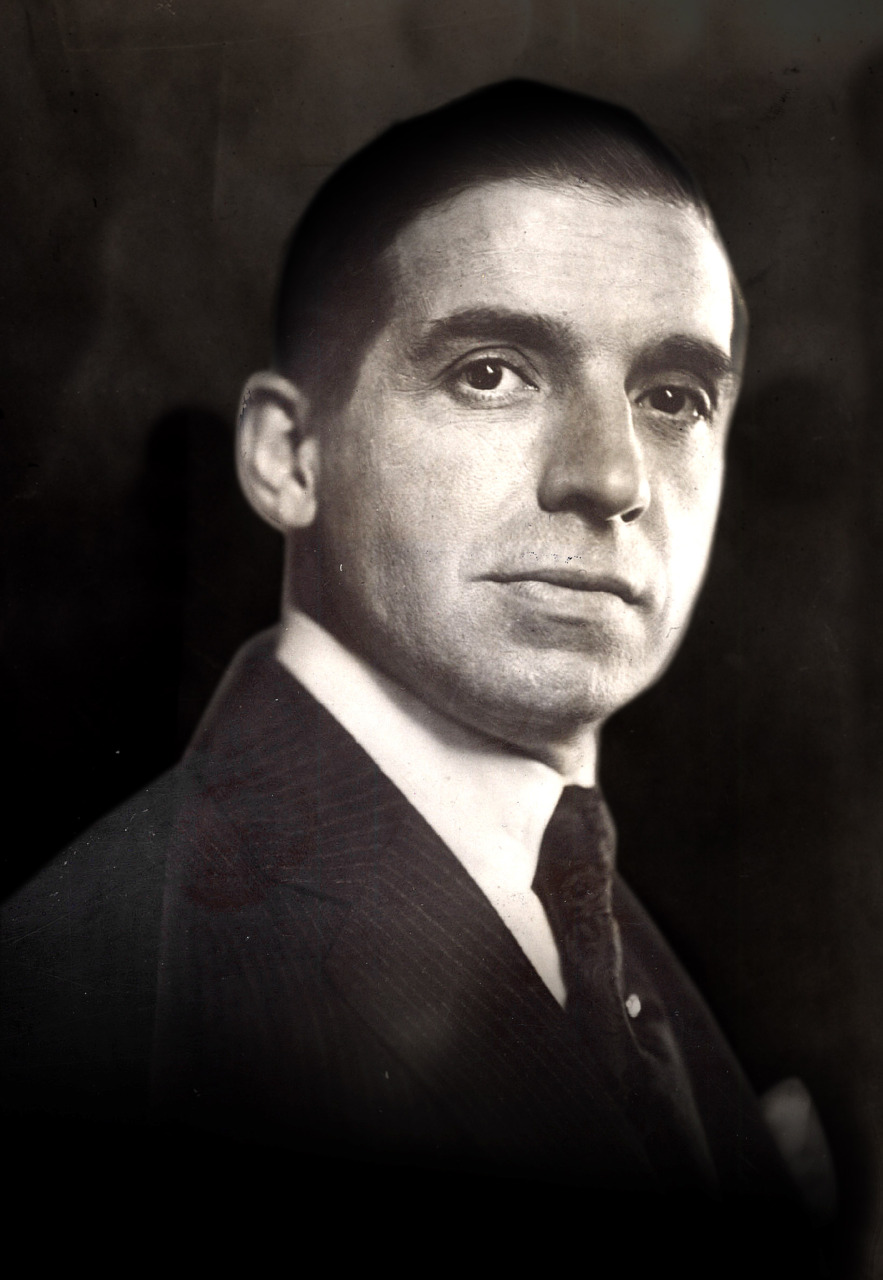 We have all heard the catch phrase “a Ponzi scheme.” Here is the man responsible for it. He conned people out of millions, but it was his success that eventually brought him down.

Charles Ponzi made his fortune by promising high returns to thousands of investors who purchased reply coupons. These coupons were to be bought in one country and then traded in for stamps in another. People would make a profit due to the price difference between the two countries. After only a few months Ponzi was a millionaire. The popularity of the scam caused curious investors to double check the accounts. It became apparent that there were not enough reply coupons for the plan to work legitimately. Ponzi was trying to use the new investors’ money to pay the original investors their return, pocketing plenty for him while he was at it. Not only innocent investors lost out, but six banks fell apart because of Ponzi. The $20 million he made in 1920 would equal $222 million in today’s money. 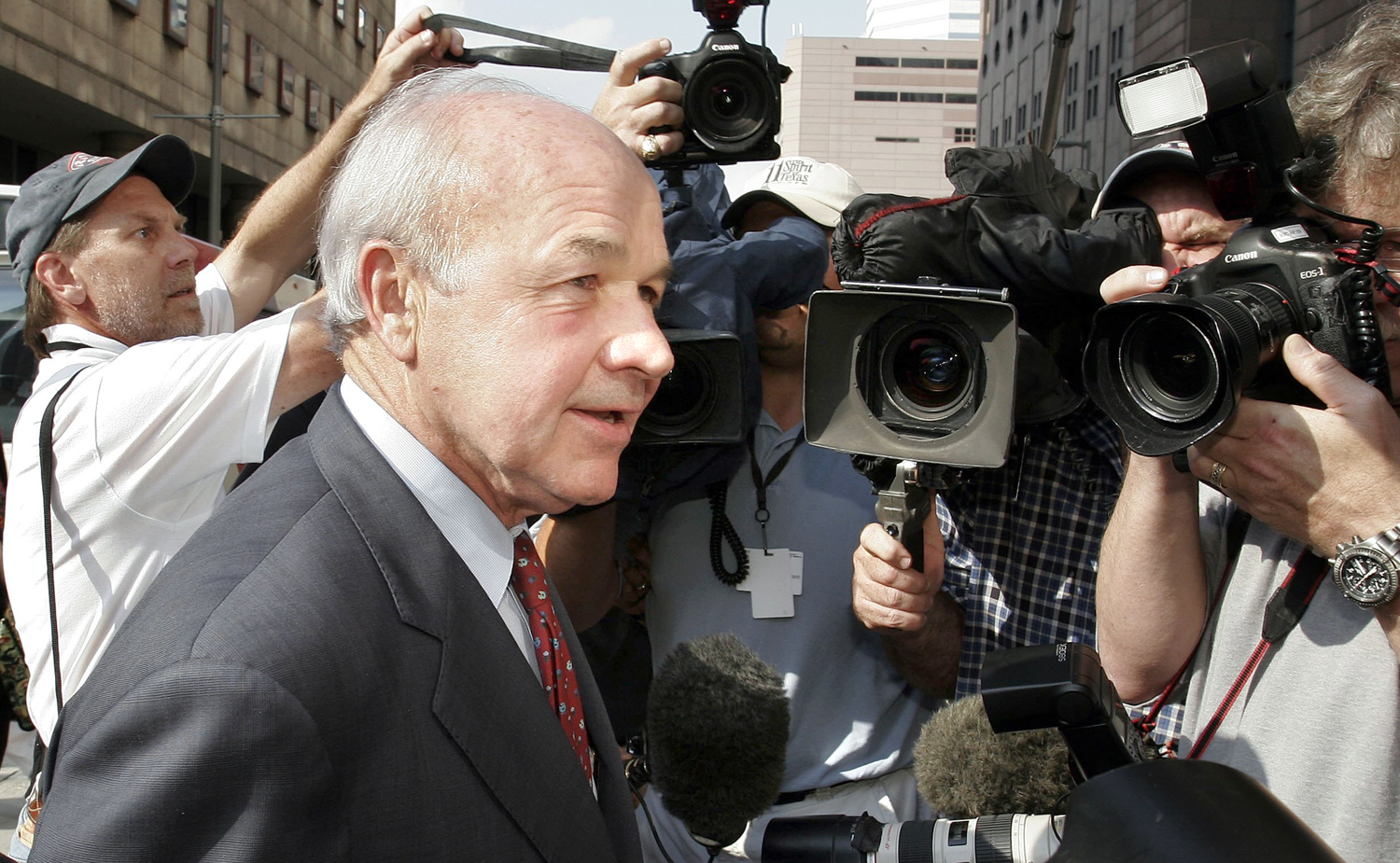 Working his way up the ladder at the Enron Corporation, he made his fortune. Now famous for being one of the key players in the biggest scandal of the 2000’s, he has left a legacy of fraud behind.

Kenneth Lay was involved in the Enron Corporation corruption scandal. He served as the Enron CEO and chairmen from 1985 to 2002, when the scandal broke out. During his career Lay managed to turn a regional natural gas pipeline business into a $70 billion conglomerate, relying on unregulated energy markets for his success. He was indicted on eleven counts of securities fraud by a grand jury on July seventh of 2004. The Lay’s and Skilling’s trial began four and one half years later. Lay was found guilty on ten of the eleven counts. Facing 20 to 30 years in prison, he died of a heart attack on July 5, 2006 while vacationing in Snowmass, Colorado. He never served time for the crimes committed. Since then suspicions about conspiracy theories have surrounded his untimely death. 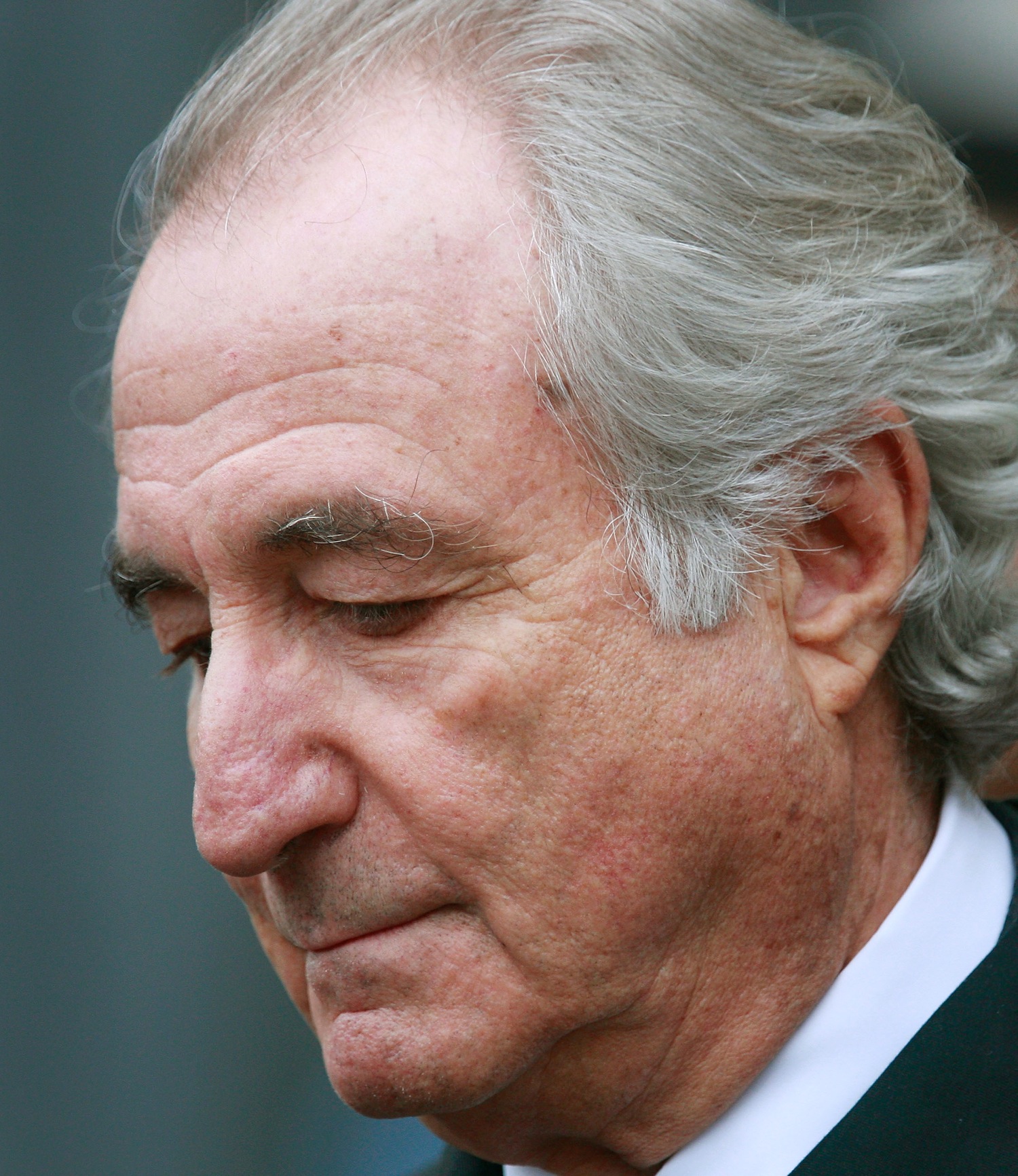 Bernie Madoff was guilty of fraud, money laundering, and theft. He managed to move $170 billion through his financial firm, which he ran as a family business, while only reporting $65 billion. It was his family that put a stop to his crimes.

He was born in 1938 to immigrant parents in New York City. During the 1950’s his parents ran a financial dealings business from their home, resulting in failure. Bernie showed no interest in it. After getting a Bachelor’s degree in political science and marrying his high school sweetheart, he began an investment firm called Bernard L Madoff Investment Securities LCC. The business grew rapidly by word of mouth. He attracted clients such as Kevin Bacon and Steven Spielberg. He was known for reliable returns of at least 10 percent. The firm had five percent of the New York Stock Exchange by the 1980’s. It became a family business. After letting it slip that he planned to give multimillion dollar bonuses early, his sons discovered his Ponzi scheme and turned him in. He pled guilty to eleven felony counts, and at the age of 71 was sentenced to 150 years. 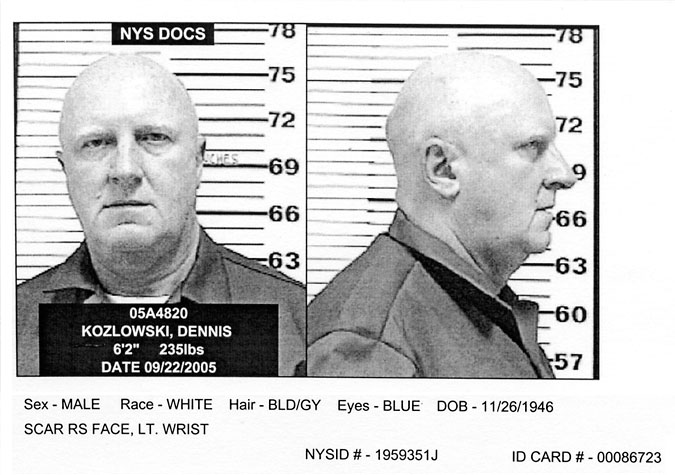 A successful business man, Dennis Kozlowski used company money to maintain the rich lifestyle he loved. As with all swift white collar criminals, he was eventually discovered for what he truly was.

In 1975 Kozlowski started with Tyco. By 1989 he was president and chief operating officer. He worked his way up to CEO by 1992. Kozlowski was credited with a 1990 expansion and several successful mergers and acquisitions. With his leadership, revenues went up 48.7 percent each year from 1997 to 2001. His salary rose to $170 million by 1999. He used $30 million of Tyco’s money for his New York City apartment, and he took $1 million for a birthday party for his wife. After a controversy over his compensation package, Kozlowski left his job. He was indicted in that year for tax fraud, evading $1 million in sales tax for New York from a fine art purchase. Along with Mark Swartz, he faced 39 felony accounts. They had pocketed over $170 million from Tyco and $430 million from tainted stock sales. He is now serving eight years and four months for misappropriating $400 million of Tyco’s funds. 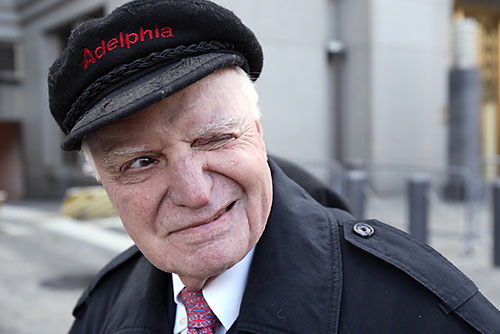 What looked like a financial success from the new technology of cable TV, this man was involved in fraud on a grand scale. Greed was his downfall.

John Rigas was born in rural New York. A natural hard worker, by the age of nine he had a job bussing tables. He served in the army during WWII. Afterwards he worked nights at his family’s theater to put himself through college. He earned a bachelor degree in management engineering. Rigas eventually built the Adelphia Communications Corporation out of a small state in a cable TV franchise. At their height they were the country’s fifth largest provider of cable TV. They served 30 states and 5.6 million customers. After being indicted for bank, wire, and security fraud, he retired in 2002. He was charged with hiding $2.3 billion from investors and misuse of corporate funds. Rigas was sentenced to 15 years. Adelphia went bankrupt due to John and his sons failing to record loans worth $3.1 billion. 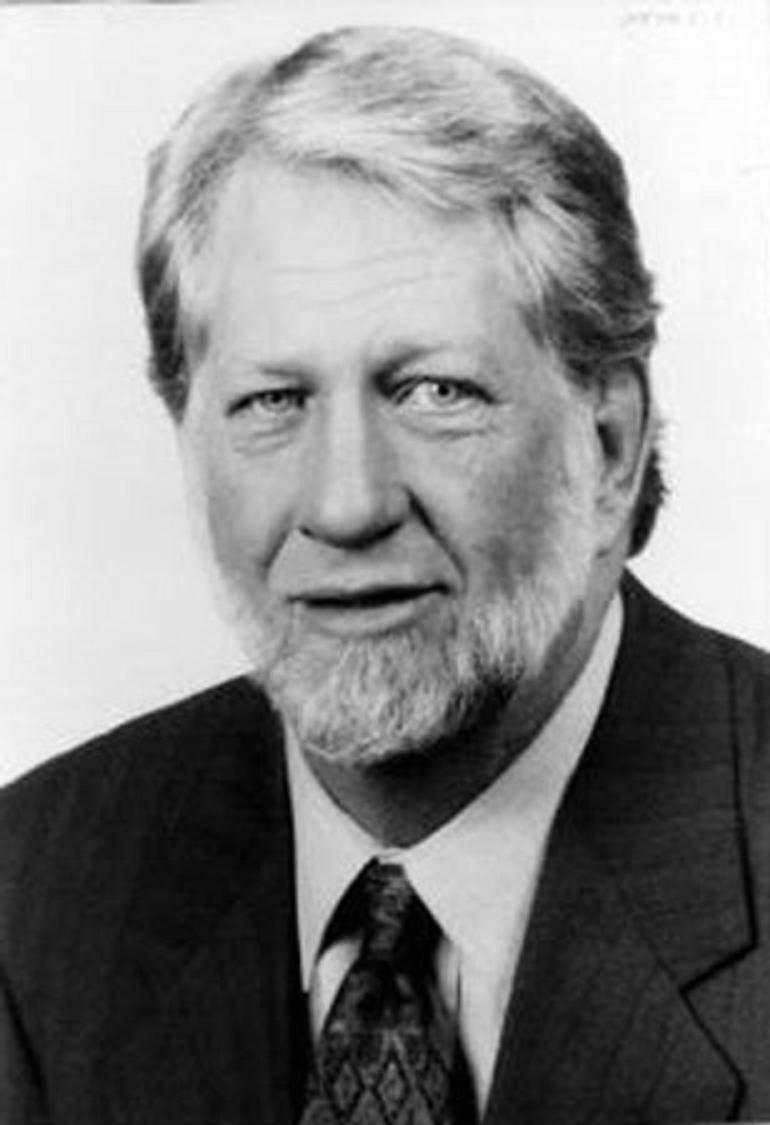 As a founder of the telecommunications company WorldCom, Bernard Ebbers was a part of the largest scandal since the Madoff scheme. Convicted for fraud and conspiracy, he was voted the fifth worst CEO by CNBC.

Bernard Ebbers earned a bachelor degree from the Mississippi College in 1967. He started in business with a motel chain, before joining a group of investors that would eventually become WorldCom. He gained notoriety for successfully acquiring MCI in 1998. In 1999 he failed to acquire Sprint Communications, resulting in WorldCom stock dropping. Ebbers’ personal holdings were purchased using WorldCom stock backed loans. As stock prices dropped, he was asked to provide other collateral. To help him, WorldCom directors authorized loans and guaranties to Ebbers from 2000 to 2002. When he resigned in 2002 his loans were consolidates into a single $408.2 million promissory note. Amidst the WorldCom scandal the company admitted to $11 billion in accounting misstatements that focused on Ebbers. Although he pleaded the fifth in 2005, he was convicted on fraud and conspiracy. His false financial reporting lost $100 billion to investors. 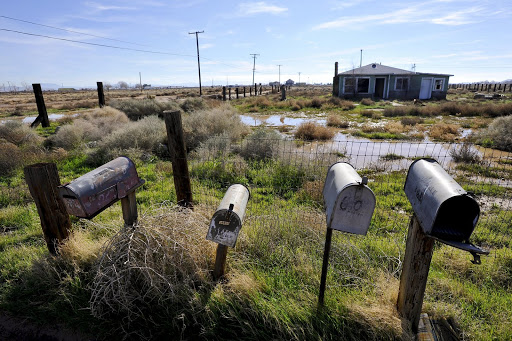 This white collar criminal was actually a whole company who managed to contaminate groundwater for an area of two miles. Unfortunately they are still pulling in victims today, with new cancer cases popping up each day. It is most notable for being portrayed in the 2000’s movie Erin Brockovich.

From 1952 to 1966 in Hinkley California the Pacific Gas and Electric Company used cooling towers to help cool down the compressors located every 350 miles along the natural gas line. Hexavalent chromium was used to prevent rust in the towers. As the water was stored in unlined ponds, the town’s groundwater was contaminated. An area of two miles by one mile around the plant was affected. The case led to arbitration damages of $400 million. PG&E reassessed the case and decided not to go with arbitration after having to pay 40 people $110 million. In 1996 the case was finally settled for $330 million. It’s the United States’ largest direct action lawsuit settlement in the country’s history. Edward L. Masry’s legal clerk, Erin Brockovich investigated the connection between local illness and hexavalent chromium. She successfully fought against PG&E. The last of the cases were settled in 2008, but the area maintains high numbers of cancer. 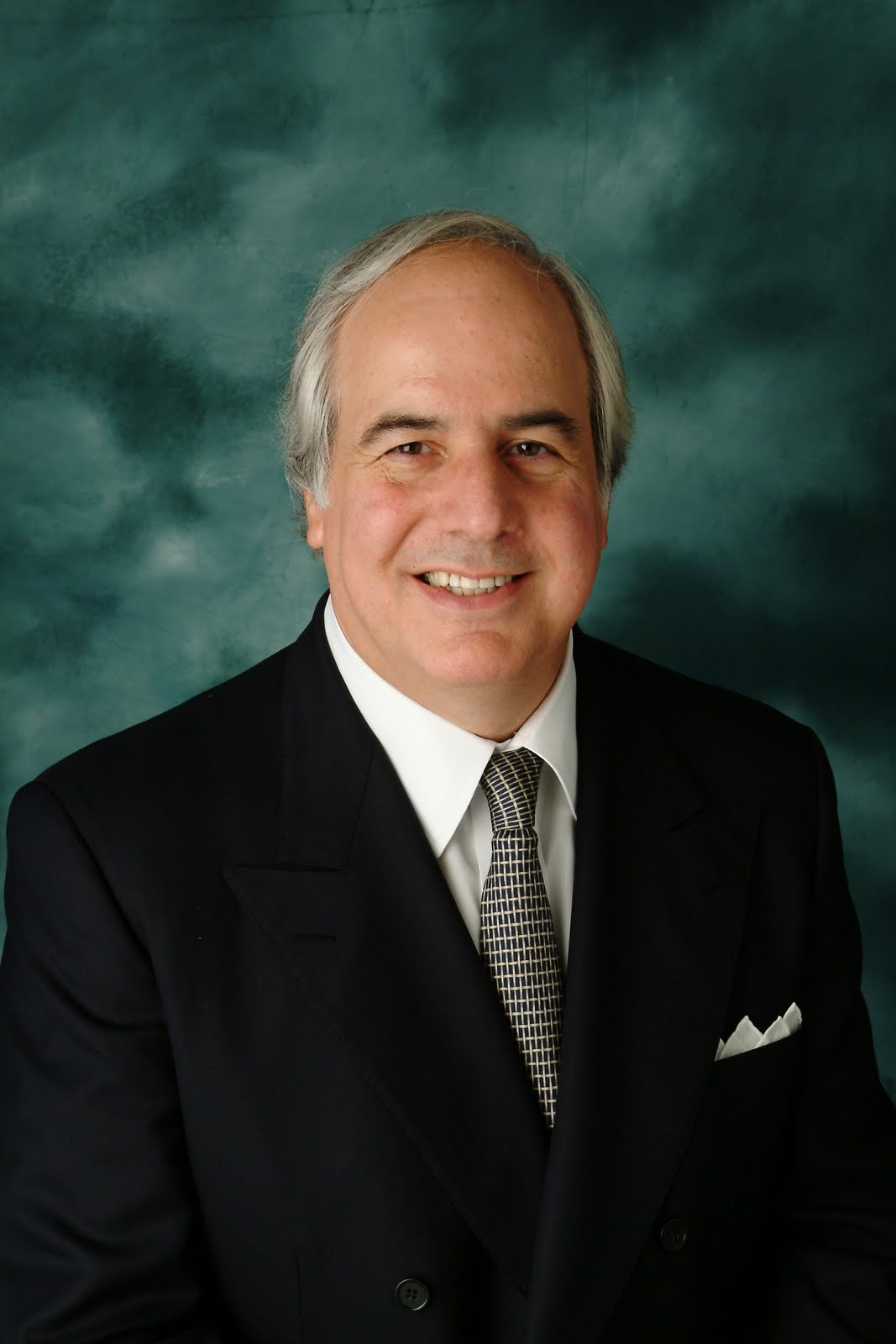 Frank Abagnale was the master of con artistry. Starting at a young age he has fooled hospitals, airlines, and law offices. This is truly the stuff movies are made of. Steven Spielberg made a movie of this man’s antics, starring Leonardo Di Caprio.

Abagnale started his con career on his father. Having been given a credit card to buy gas, he purchased car parts that he returned for cash. His dad was surprised with a bill for thousands of dollars. Next he tried bank fraud. His mastery of impersonation is unmatched. He pretended to be an airline pilot. He was so convincing that real pilots actually let him fly. He taught sociology for a semester at Brigham Young University. He decided to cut his act as a chief resident pediatrician in Georgia short after realizing he was putting lives at risk. He worked at a lawyer’s office after forging a Harvard University transcript. He managed to pass the bar in Louisiana after several attempts. He was finally caught in 1969 by French authorities. He was wanted in twelve countries. He escaped prison by posing as an undercover FBI agent. 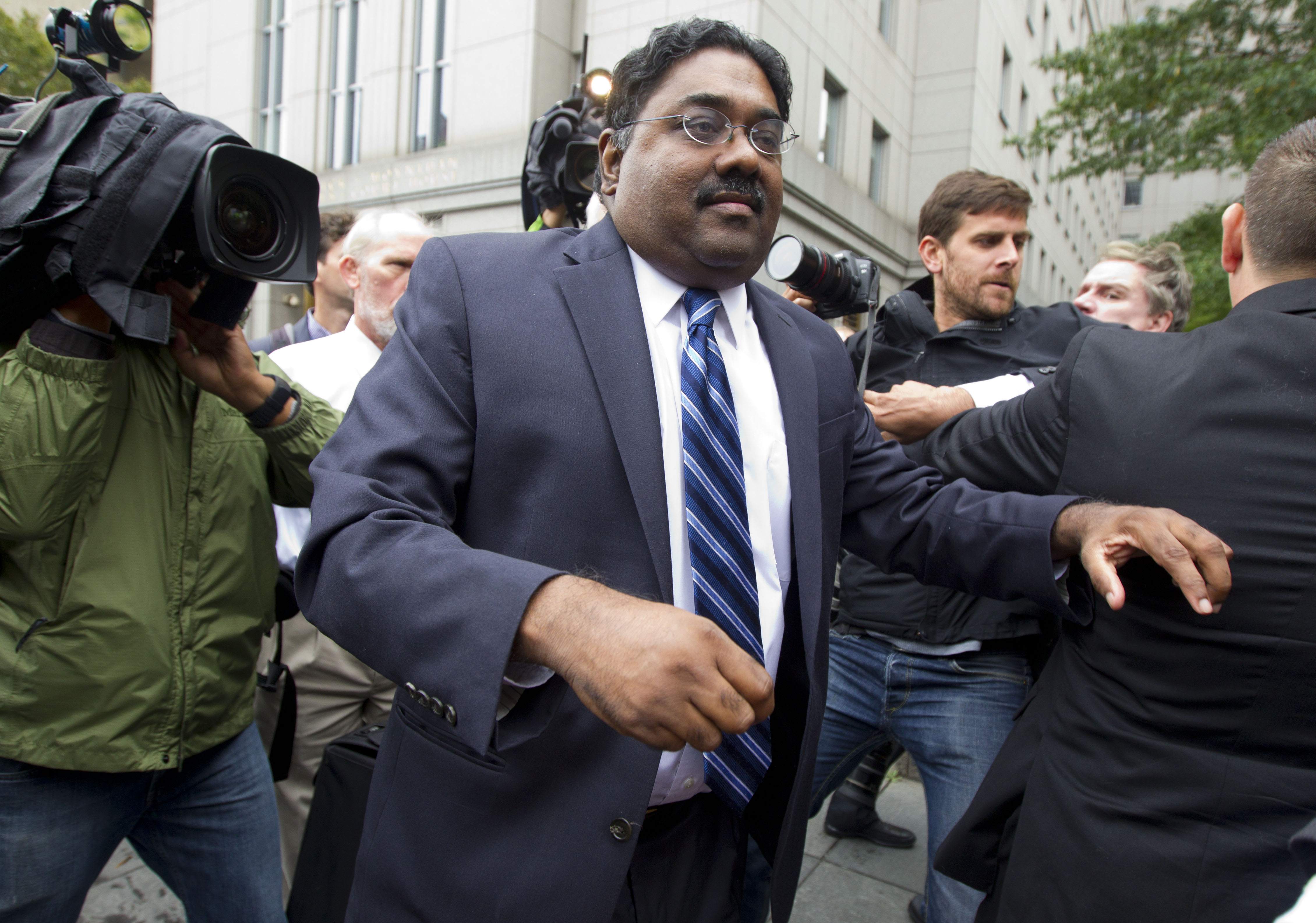 A billionaire of the 1990’s technology boom, Raj Rajaratnam was arrested in the largest case ever against a hedge fund. This caused a media frenzy after the financial crisis of 2008.

Raj Rajaratnam first job was a lending officer for the Chase Manhattan Bank. Then at Needham and Company he worked with electronic industry investments. Next he started a hedge fund that he eventually bought and named Galleon. He was president of Needham by age 34. In 2009 he was worth $1.8 billion. Raj was known to be an aggressive buyer and seller. In 2001 Roony Khan of Intel admitted he leaked information to Galleon. It was discovered that Raj created a tax shelter scam and repeatedly violated the rules for stock trading. He was arrested October of 2009 for insider trading along with executives from Intel, IBM, and McKinsey and Company. Rajaratnam was released after he pleaded guilty, and he paid a $100 million bond. As a result Galleon closed. Twenty of their employees were arrested as well.

A social misfit, Frankel learned how to line his pockets. He may have actually believed he was always doing it for a good cause, just as he tried to convince the courts.

Martin Frankel was very bright, but he lacked social skills. As an adult he became interested in Wall Street. He studied the stock market and used astrology to guide his decisions. Using a fake name he set up The Frankel Fund. He attracted many investors, but he used their money for his personal needs. When this scam fell apart he went to Toledo where he started over. He created Creative Partners as a way to raise money for a friend who was going through a divorce. This scam led him to be barred from the Securities and Exchange Commission. Unable to start another financial business, he used the name of a church and opened a charity to add to his riches. Finally in 1999 he was arrested while hiding out in Germany. He faced 24 counts of securities fraud and racketeering.